Howard Field has spent almost all of his 97 years flying.

Howard Field is a quiet, conservative man that loved his model planes. From his Douglas Dakota DC3 all the way down to foam chuckies, Howard has spent countless hours at airfields across Australia, enjoying his hobby and inspiring others to do the same.

Howard is also one of the oldest MAAA members, having celebrated his 97th birthday earlier this month.

Like so many, his love of aeromodelling was passed down from pilot to pilot – Howard’s father was a pilot based at Mascot Airport and would drag his two sons to the aerodrome on weekends.

Patiently waiting, the boys would watch the full-size planes coming and going; itching to reach out and take control.

“I remember Dad and my uncle getting up at 5am to head out flying so they could catch the morning – this was 55 years ago and back then they could fly anywhere.” 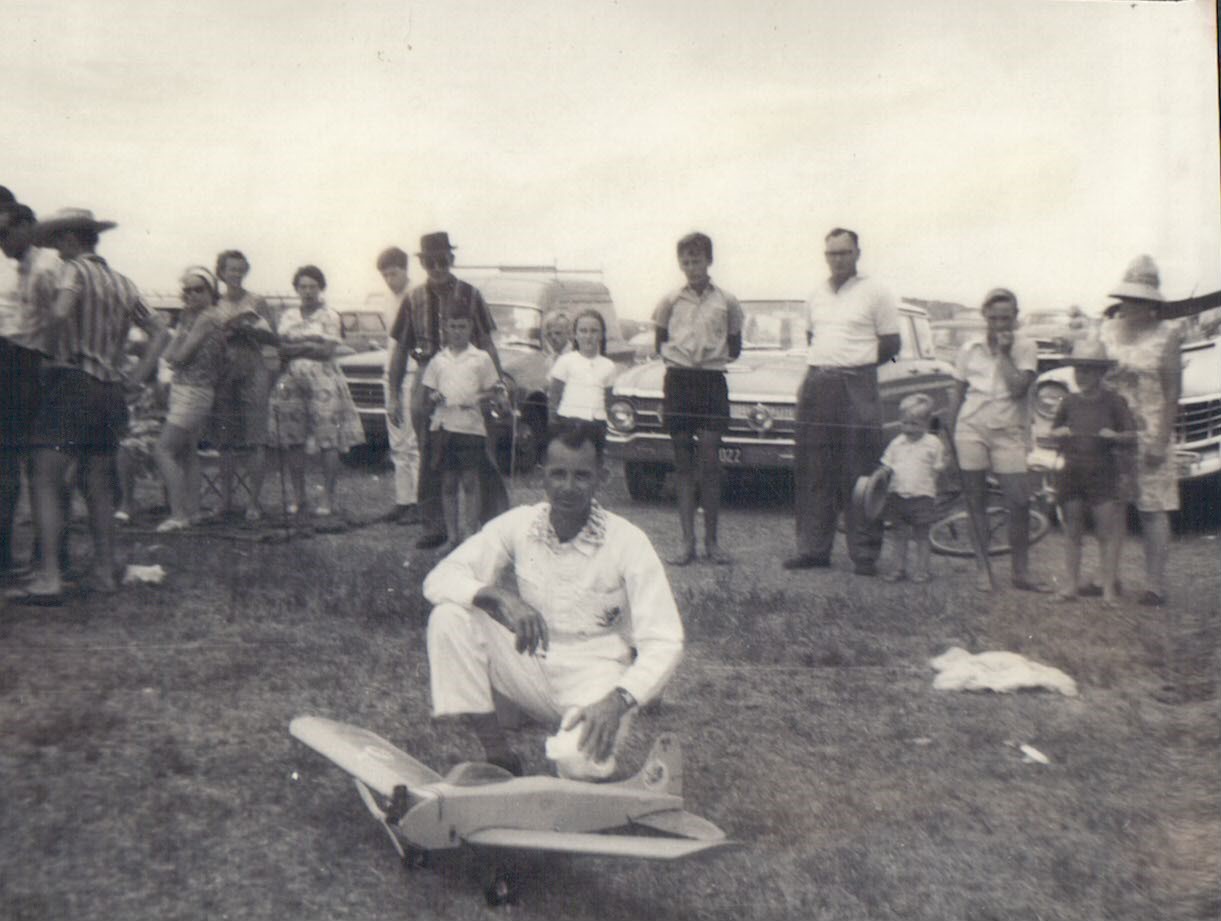 Howard would often drag the family out of bed, throw his two daughters in the car and hitch up the caravan to travel across New South Wales.

“I have many memories as a child, snuggled under blankets as we made our way out into the country on an early morning drive,” Maryanne said.

“He was also a keen competitor, and did not limit himself to one particular genre; he loved flying all types of aircraft and a variety of styles. Pylon races, pattern flying, aerobatics, gliding, fun games like cutting the ribbon, sea plane flying, night flying, indoor flying and he even tried his hand at a radio-controlled boat.”

In the 1970’s Howard assisted Roger Badham, one of the world’s pre-eminent meteorologists, in gathering information for his final University thesis using the Smog Hog. The Smog-Hog was the first electrostatic precipitator to hit the market for pollution studies, and Badham would later become an expert in weather forecasting.

But back in the 1970s, when the technology was still emerging, the Field family would hit the road with their car and caravan, travelling all around NSW with the Smog hog. Howard would fly at hourly intervals from 3am, gathering data on pollution levels.

“Dad was incredibly proud to have been a part of that study and work, and it was only made possible because of his skill as an aero model pilot,” Maryanne explained.

“Roger publicly thanked Dad for being so supportive of his studies, and used to say that in those days there were no drones or technology like we have today - it was hard and required skill. It was a skill Dad had.” 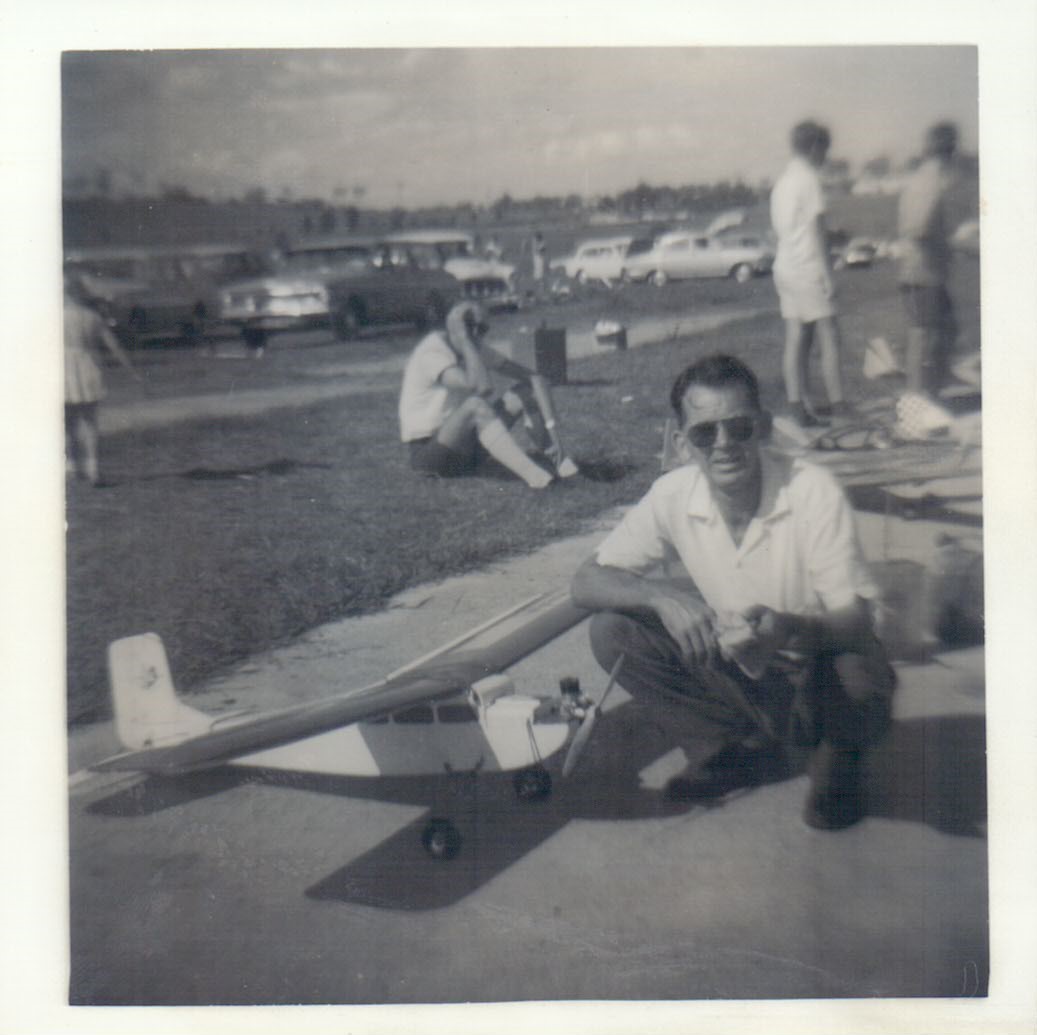 “He could fly pretty much anything, except the planes on a string,” Maryanne recalled, the smile in her voice obvious. “I can remember going to watch with him but he couldn’t master the circles no matter how hard he tried– it made him giddy.”

Howard was the Treasurer of Cumberland RCA for many years in the 1960s and 1970s. The flying field was at Rooty Hill and in the early 1970’s the club relocated to the grounds of St Gregory’s College at Narellan. The Club hosted the Trans-Tasman Championships with competitors from Australia and New Zealand, and Howard was heavily involved in both running and competing in the competition.

After moving to Woy Woy in the 1990’s Howard joined clubs on the Central Coast. He flew at Narara and Wyong, and was always happy to share his knowledge and skills to newer club members. 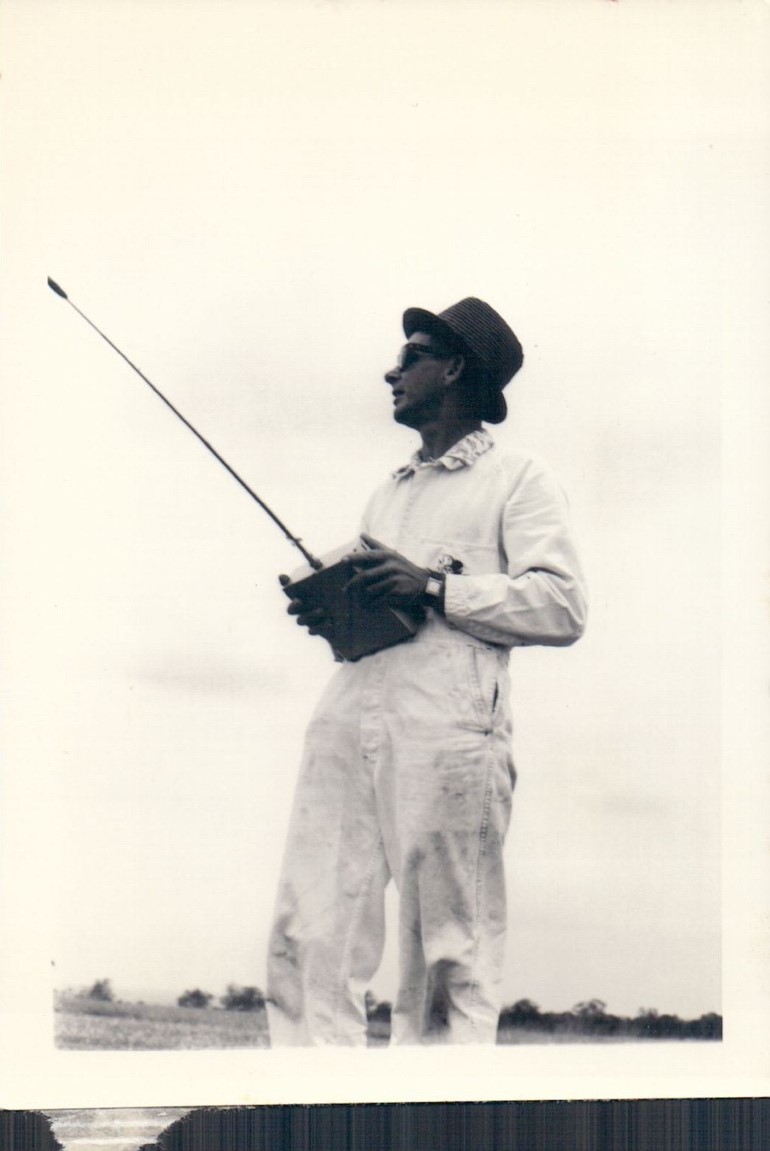 In the last 20 years Howard spent most of his flying days with the wonderful members of Gunnedah District Aeromodellers Association.

He would hitch the caravan up to the car two or three times a year, both loaded with his beloved planes - petrol and electric - and stay on club premises for 3 to 4 weeks to enjoy daily flying.

“Many members would make special trips out to the field after work just to have a chat with him and a fly,” Maryanne said.

“He was such a keen flyer all his life, and of course was devastated when he couldn’t take to the air anymore.”

In 2020 Howard took his last trip away flying, sneaking in a final caravan journey during a Covid break.

It was not long after, in 2021, that Howard stepped away from the transmitter permanently - moving into a nursing home shortly after.

Despite no longer being able to take to the sky, Howard has made a lasting impression on the hobby.

“We had to pack up Dad’s house when he moved, and though it was sad it was also wonderful to re-visit many great memories we had made, so many of them through aeromodelling,” Maryanne said.

“His grandson Tim took one of the models home because he remembered building it together; that’s a pretty special thing to have.”

“Aeromodelling was a great hobby for Dad, and by association for our whole family. He met many wonderful flyers over the years and many becoming lifelong friends.”

The MAAA would like to wish Howard a wonderful 97th birthday, and we can only hope to get as long at the controls as Howard himself had. 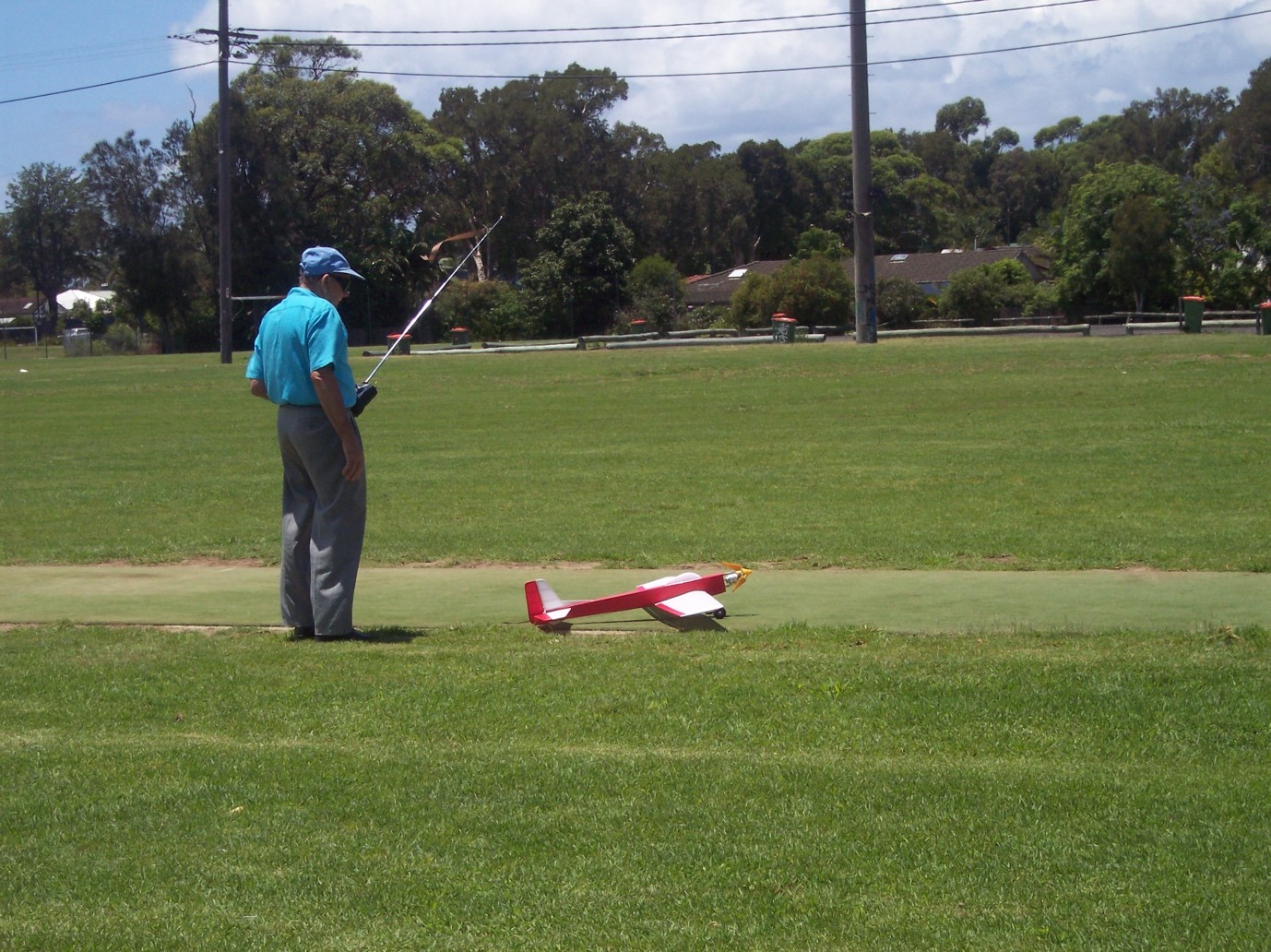