After many months of preparation, the historic 70th MAAA National Model Aircraft Championships finally took flight to confidently secure its place as one of the most thrilling aeromodelling events on the MAAA calendar. 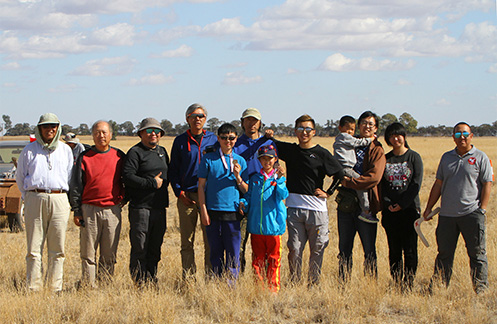 True to form it showcased the best in every facet of aeromodelling, including Radio Control, Free Flight and Indoor flying. It featured a total of 82 thrilling events across ten flight lines, held at six sites between 23rd-30th April 2018.

The impressive encapsulation of all aeromodelling disciplines is certainly one of the biggest attractions of this pinnacle event, which literally has something for everyone.

It all took place from the welcoming Central West region town of West Wyalong, NSW – a conveniently centralised location. Instrumentally, this was the first time in a long time that the Nationals took place in one town, with all the modelling events held in such close proximity.

As “70th Nats” co-ordinator Tahn Stowe explains, this carefully considered consolidation of aeromodelling venues was an instrumental factor in the success of the 70th MAAA Nationals.

“The fact that you could get to the majority of venues from the centre of West Wyalong within five minutes meant that people could take part and fly at one event and then go and spectate at another. I think it really did make a difference to people’s experience of a Nationals,” he said.

Despite it being the 70th MAAA Nationals, it has in fact been 80 years since the very first Nationals took place, with a decade’s worth of events impacted by the Second World War.

“The first event was held in Sydney in 1938 but the reason it’s the 70th and not the 80th Nationals is there was ten years out due to World War II,” says Tahn.

In a classic display of aeromodelling camaraderie, around 500 aeromodellers are estimated to have attended the event, some taking the trip from such far-flung countries as Ukraine and China, which speaks to the far-reaching impact the 70th MAAA Nationals has on an international level.

“The fact that 270 pilots participated, along with friends and family members supporting them, really speaks for itself in terms of the success of the event,” said Tahn.

Sometimes the old ways are the best

As planned, the event went gloriously old school with the Mayor of West Wyalong, Tony Lord attending the opening ceremony to officially declare the Championships open. Another highlight was the time honoured one-hour ‘Night Scramble’, held on 28th April that essentially served as an aeromodelling ‘free for all’ and was characteristically plenty of fun for competing pilots.

“The Night Scramble barbecue that the NSW Free Flight Society put on, which was a separate component to the Nationals - was pretty amazing too, with over 200 people being fed,” continues Tahn.

A Celebration Dinner followed on the 30th, with over 100 attendees, including MAAA President Neil Tank and MAAA Treasurer and 70th MAAA Nationals Registrar Gary Pope.

Both Neil Tank and AMA (Academy of Model Aeronautics) president Rich Hanson had previously been on hand to undertake some of the medallion presentations throughout the week-long event, which, as Tahn observed, “added a bit of gravitas to proceedings and a welcome face to the organisation.”

Encouragingly, the MAAA President Neil Tank is optimistic about the future prospects of the MAAA National Model Aircraft Championships.

“During my travels, I had the opportunity to speak to West Wyalong business identities and all were overwhelmingly in support of our event and expressed the wish for it to be held there on a regular basis,” he said.

“It is my belief that for the MAAA Nationals to be successful, we need to establish a permanent venue, held at the same time and place each year or so. This way we can establish a venue which is world standard and an event which is attractive to all.”

You can read the rest of Neil Tank’s President Report, which focuses exclusively on the event, in the latest issue of Wingspan.

Tahn is naturally very hopeful regarding the future of the renowned annual event as well.

“Most people I spoke to said that they wanted to come back next year. People really wanted to do it again and this was the positive overall vibe that we all felt during the event,” he says.

“It just all seemed to work and the locals also appeared to like it too. I spoke to a few of them to ask what they thought about the model aeroplanes being there and they said they liked it and found it very interesting.

“If you’ve got a good venue and a friendly town, which West Wyalong is, then you can build on that success.”

It’s without a doubt then that MAAA members can look forward to many more years of aeromodelling fun at the Nationals, along with that aeromodelling staple of great competition and camaraderie.

You can glance through a gallery of exciting photos (captured by Malcolm Campbell) from the 70th MAAA Nationals by clicking here.

And also check out the all-important 70th MAAA Nationals results by clicking here. 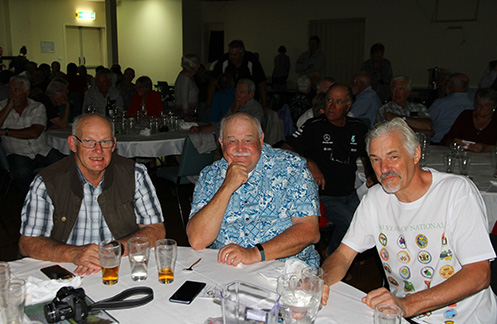